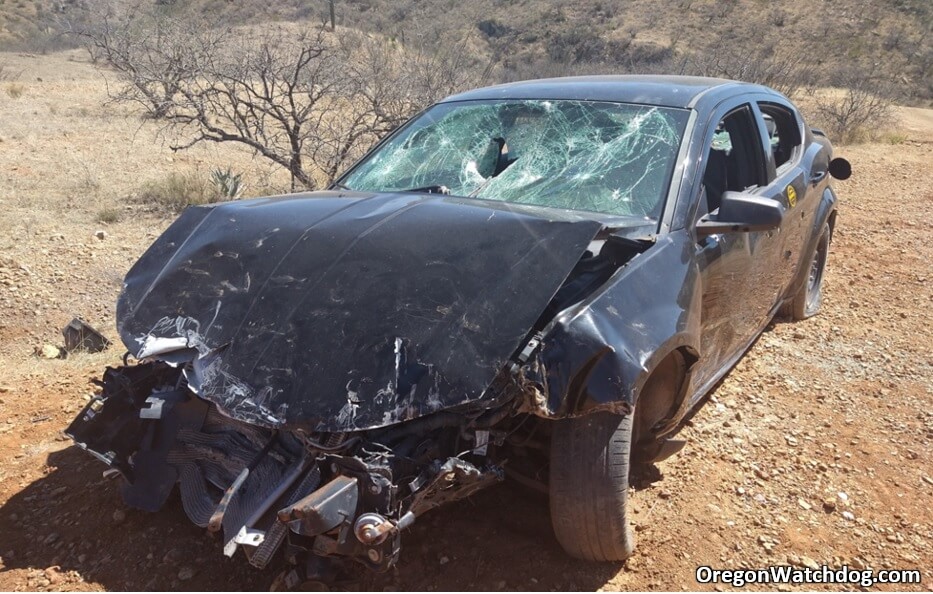 By Taxpayers Association of Oregon Foundation

The Taxpayers Association of Oregon Foundation did a tour of the Arizona-Mexico border with a retired U.S. Border Patrol Agent and a journalist. Here’s what we found:

We came across this wrecked car (above) a mile from the border wall. A getaway car left out too long is often quickly destroyed by rival criminal cartels, raiders, or American vandals. 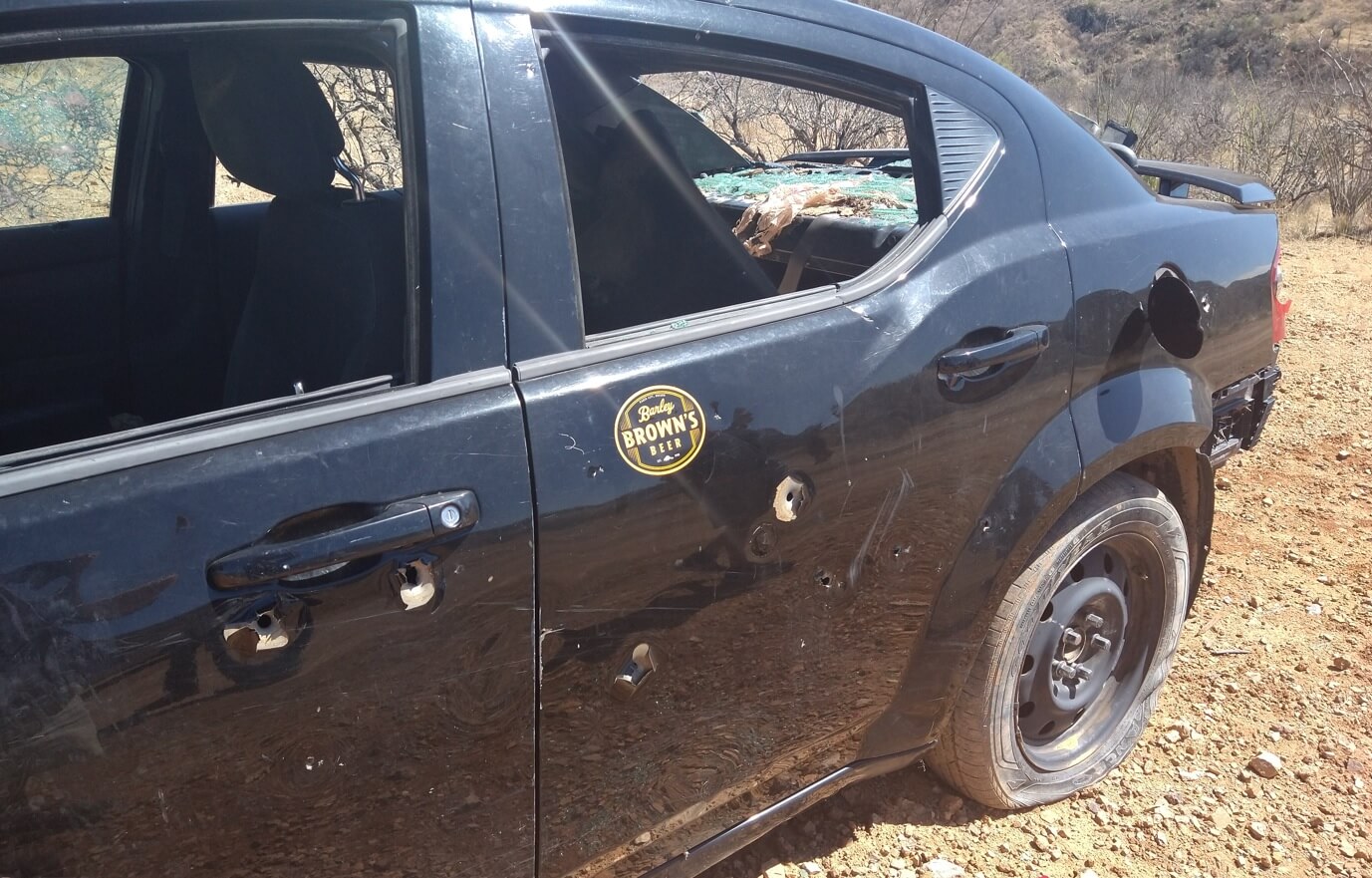 Another car, burned by fire, was also not far away. This represents the region’s lawlessness and also why a nearby national park goes empty.   This is a unique place in America for which Americans are afraid to visit. 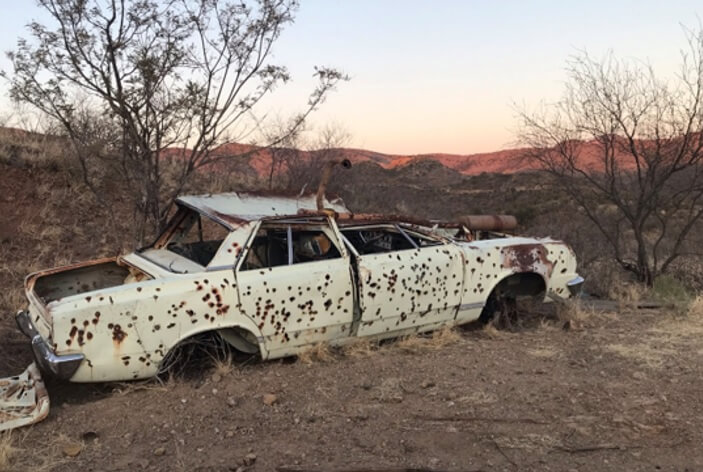 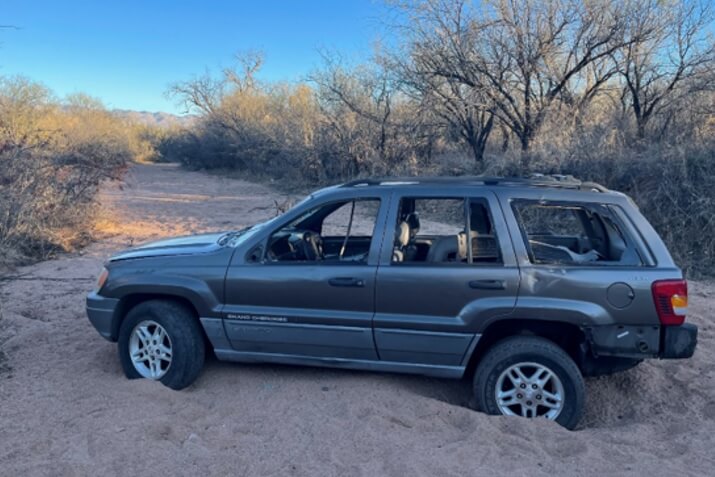 — This is part 1 of an ongoing series on our special report on the Southern Border.  Please check in for part 3 soon.

— Nearly 80% of Americans favor more Border Security along with favoring immediate action — a consistent majority view among Democrats, Republicans and Independents.   Instead calls are being made to slash Border agents, which in light of the fact that as many as 500 people die each year trying to cross the Border, reducing agents will only cause MORE DEATHS not to mention encourage more lawbreaking, enrich criminal human smuggling and drug cartels, increase the number of unidentified people entering our country while straining resources which handicaps people who wish to enter the United States lawfully and legally.